Mendota, a town I travel to every winter break, was featured in the New York Times today (probably for the first and only time). The article discussed how the Central Valley’s water supplies are at an all time low.

Drought Adds to Hardships in California [via NY Times] 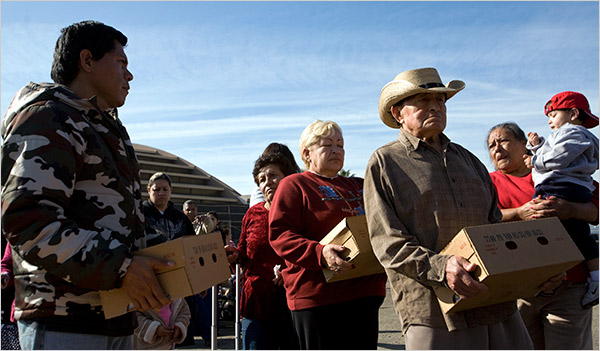 MENDOTA, Calif. — The country’s biggest agricultural engine, California’s sprawling Central Valley, is being battered by the recession like farmland most everywhere. But in an unlucky strike of nature, the downturn is being deepened by a severe drought that threatens to drive up joblessness, increase food prices and cripple farms and towns. [Read full article]